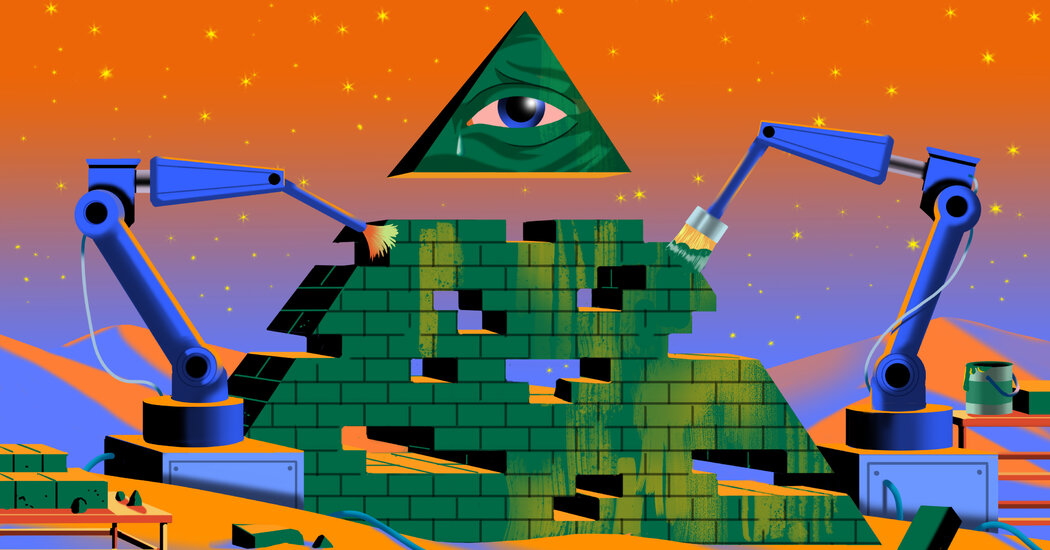 With the cost of food, gas and electricity going up, we have no choice but to spend more. But we do have more control over how many dollars we allocate to one of our largest-ticket items: personal technology.

Compared with the cost of gasoline, which surged 48 percent from March 2021 to March of this year, prices of tech products like smartphones, computers and apps are only inching upward — 1.3 percent in the same period, according to the U.S. Bureau of Labor Statistics.

Yet any increase is significant because tech products like TVs and phones, which range from a few hundred to thousands of dollars, are so expensive to begin with. What’s more, some luxury devices depreciate as quickly as cars, said Jully-Alma Taveras, a personal finance expert.

“Tech moves so quickly,” said Ms. Taveras, a YouTuber known as Investing Latina who offers workshops on investing and saving money. “If we spend so much on a computer, three years from now there’s going to be another chip, another upgrade, another thing.”

Other than hardware, we tend to lose track of spending on other types of tech, like online streaming services, cloud subscriptions and cellular bills.

Here are some tips for how to plug some of the biggest drains to our budgets.

On average, people spent $640 in 2019 on digital subscriptions, including streaming services, cloud storage, dating apps and productivity tools, according to an analysis by Mint, the online budgeting tool owned by Intuit. That’s the equivalent of buying a fancy smartphone every year.

Here are ways to curtail that spending:

Shave Down Your Wireless Bills

Cellular bills can easily eclipse the cost of the cellphone itself if we aren’t mindful about the plans we choose. In the last year, Americans who subscribed to a Verizon Wireless plan spent $1,342, and those who subscribed to T-Mobile paid $891, according to an analysis for The New York Times by Mint.

But the plans offered by the big carriers aren’t the cheapest options. There are other brands that offer budget phone plans. WalletHub, a personal finance website with a phone plan calculator, found that Visible, which operates on Verizon’s network, offers the best deal for individuals with a package that includes unlimited minutes and data at $40 a month. In contrast, Verizon’s basic 5G plan costs $70 a month.

What’s the catch? You won’t get customer support from an established carrier. Also, off-brand carriers typically support only a limited list of cellphones. The good news is that more of them now usually include the most popular devices from Apple and Samsung, so the trade-off is minor.

“You’ll basically receive the same coverage for a much lower price,” said Jill Gonzalez, an analyst for WalletHub.

Be Mindful About Hardware Upgrades

Smartphone costs keep going up, even though their improvements are increasingly incremental. (This year’s entry-level iPhone SE, for example, costs $429, $30 more than the 2020 model.) So it pays off to be deliberate about the best time to invest in new gear and how much you spend, rather than upgrading automatically.

The life span of our tech devices can be elongated for many years with some maintenance — just make sure to replace the battery every two years and purge unnecessary apps and photos clogging up your device storage.

When it does come time to upgrade, what’s newest and fanciest isn’t always the best for your budget. Ms. Taveras said it was common for her students, some of whom are in debt, to spend $5,000 on a new computer. That might make sense for some, but many could live without the excess frills and net significant savings, she said.

It’s worth bearing in mind that when something new arrives, it’s also an opportunity to buy last year’s model — which is generally very capable — for cheaper.

“I’m fine getting the second-latest phone, because the technology is still great,” Ms. Taveras said. “These small financial wins are really important.”