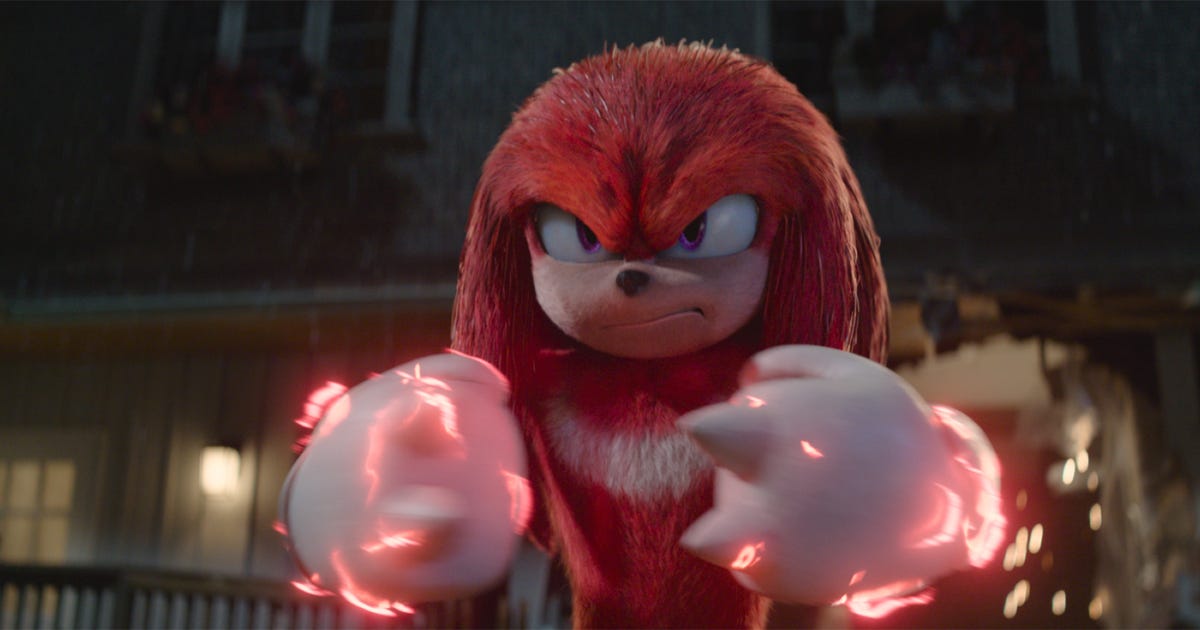 Sonic the Hedgehog 2 zipped into UK and Australian movie theaters this week, and will hit the US next Friday, April 8. Like the first Sonic movie, it includes a post-credits scene hinting that a classic character will play a major role in the next one.

“This is the confident sequel the original left me hoping for, with a sharper script and jokes that’ll leave you giggling,” I wrote in my CNET review. “It maintains the original’s family friendly tone and dives into the classic games to create a cinematic universe for Sega’s beloved icon.”

Let’s dash through the Sonic Cinematic Universe (SCU?) possibilities presented by the post-credits scene (it’s actually a mid-credits scene, so you don’t need to stick around until the very end). SPOILERS incoming.

With the threat dispatched, Sonic summons some divinely delicious chili dogs, surrenders his power and reverts to his original blue. Knuckles uses his immense strength to reform the shattered Master Emerald, which keeps the power of Chaos Emeralds under control.

Sonic, Knuckles and Tails swear to protect the Master Emerald, which they keep in an ice box after returning to Green Hills, Montana.

Hidden in the Shadow

The mid-credits scenes cuts back to the wreckage of Death Egg Robot, where troopers of the ridiculously named Guardian Units of Nations (GUN) law enforcement agency search for Robotnik. There’s no sign of the baddy, but his goon Agent Stone is disguised as a trooper and listening in.

When they wiped Robotnik off their databases, they found coordinates leading them to Project: Shadow — a research effort that’s more than 50 years old.

We’re then treated to a glimpse of a black-furred hedgehog in a test tube.

This shadow-y hedgehog is… Shadow the Hedgehog, a Sonic rival that first appeared in 2001’s Sonic Adventure 2. His backstory is pretty convoluted, with much of it unfolding in 2005’s wildly dorky Shadow the Hedgehog (which saw him wielding guns, ugh).

It’s likely the same will happen in a Sonic sequel, though they might make some tweaks since that feels a bit too similar to Robotnik’s manipulation of Knuckles.

Shadow’s abilities are similar to Sonic’s, including the ability to use the Chaos Emeralds to transform into Super Shadow. He also wears Inhibitor Rings on his wrists and ankles — removing these lets him use his full powers (this will almost certainly happen in a movie sequel).

As was the style in the noughties, Shadow is rather broody and aloof in contrast to cool rad dude Sonic. His next movie appearance will likely poke fun at this, since this character archetype isn’t in vogue these days.