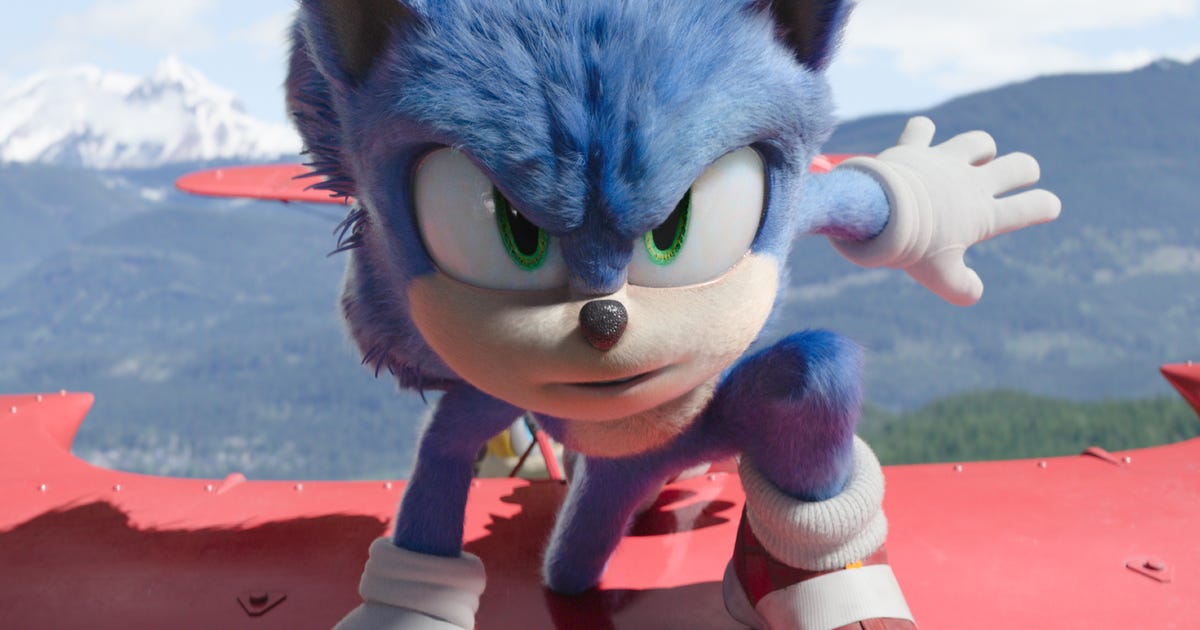 When I was a kid, in the ’90s, Sonic the Hedgehog represented adventure. My friends and I spent summers huddled around a Sega Genesis (well, we called it a Mega Drive), trying to zip through everything the 1991 video game had to offer. When sequels Sonic 2, 3 and Sonic & Knuckles followed, the fun was turned up to 11 with awesome new characters and much tougher challenges. My young mind was blown over and over.

The first movie adaptation dashed into theaters two years ago, and with its speedy sense of fun nabbed Sega’s blue blur a whole new generation of young fans (even those who’d never played the games). Those fans are now primed to meet Sonic’s buddies and discover more of this rich, imaginative universe. Sonic the Hedgehog 2 is scheduled to hit US theaters April 8, after coming out March 31 in Australia and April 1 in the UK, and it’ll undoubtedly delight kids of all ages, with director Jeff Fowler recapturing in this sequel that all-important sense of adventure you remember from your childhood.

We reunite with Sonic (voiced by Ben Schwartz) as he bristles against the limitations of being a kid under the care of Earth foster family Tom and Maddie Wachowski (James Marsden and Tika Sumpter). Sonic sneakily commutes from sleepy Green Hills, Montana, to bustling Seattle for some nighttime superheroing antics. It’s an engaging opening, mixing the previous movie’s superfast action and warm, fuzzy message of being content with family and friendship.

Sonic’s family life will soon be threatened by Jim Carrey’s Dr. Robotnik, who sports a video game-accurate shaven head and magnificently bushy mustache and has become even more unhinged in his months trapped alone on a mushroom planet. He gets home by summoning Knuckles the Echidna (Idris Elba), possibly the most beloved member of Sonic’s supporting cast (because red is badass and he can climb up walls). The two team up to hunt for the reality altering Master Emerald.

That’s partially because the writing and performances make each distinct and lovable — Schwartz’s Sonic is as fast-talking and pop culture-obsessed as ever, O’Shaughnessey’s Tails is modest and uncertain, and Elba infuses Knuckles with a clever mix of intensity and naivete. When they’re thrown together with Carrey at his most cartoonish, it’s easy to get sucked into their quest for a shiny green MacGuffin.

Every sequence focusing on Sonic and pals is so visually delightful and thoroughly dazzling that it’s hard not to revel in the CGI spectacle and pop culture references. As it goes on, the flick leans harder into imagery from the classic games (a scene referencing Sonic’s inability to swim is a standout), which will undoubtedly delight nostalgic ’90s fans and draw younger gamers into a retro odyssey.

Plotlines with the human characters vary; Lee Majdoub’s Agent Stone is a joy to watch as he pines for Robotnik in his lovely new coffee shop, while Adam Pally’s clueless deputy sheriff doesn’t get nearly enough screen time (they share a few excellent scenes together though).

It feels like screenwriters Josh Miller, Patrick Casey and John Whittington didn’t know what to do with the Wachowskis, though, since Marsden and Sumpter spend most of the movie embroiled in a subplot involving her sister’s wedding in Hawaii. These sequences give Natasha Rothwell the chance to show her comedic chops as the stressed out bride, but they outstay their welcome, add little to the main narrative and make the movie feel about 20 minutes too long.

Despite this diversion, Sonic the Hedgehog 2 is the confident sequel the original left me hoping for, with a sharper script and jokes that’ll leave you giggling. It maintains the original’s family friendly tone and dives into the classic games to create a cinematic universe for Sega’s beloved icon — that ’90s sense of adventure lives on.