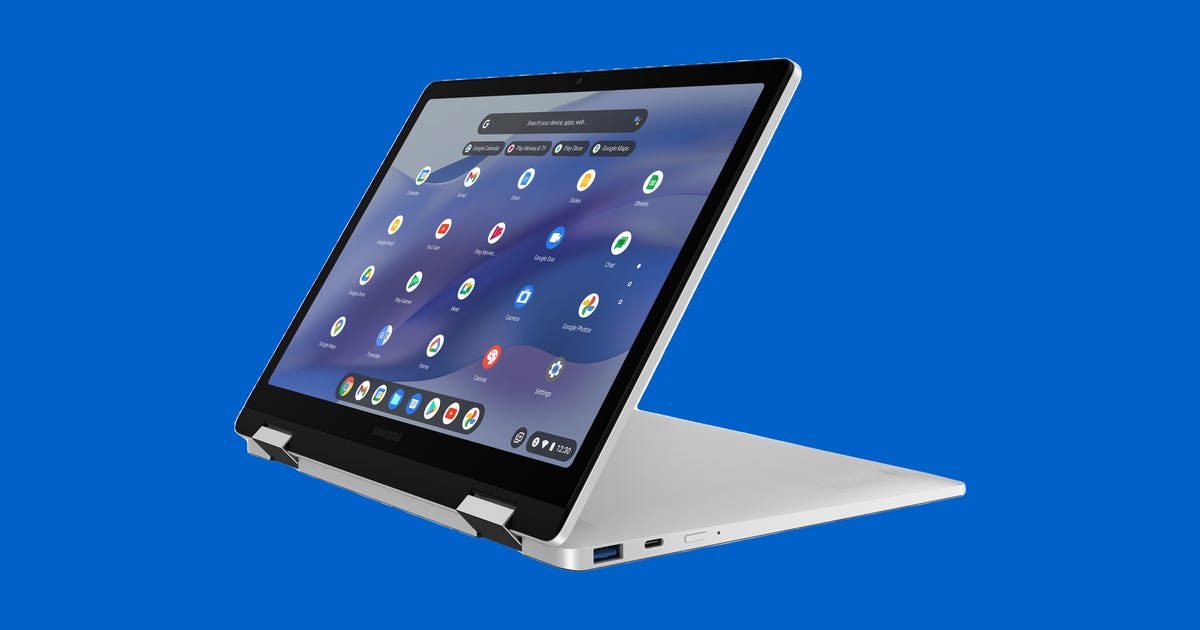 Samsung announced the US availability of the Galaxy Chromebook 2 360 on Friday. First announced at the end of March in the UK, the two-in-one is a successor of sorts to one of the company’s best Chromebooks, the Chromebook Plus V2 (it’s actually still available, despite being released in 2018).

The Galaxy Chromebook 2 360 was designed with students in mind, Samsung said in its announcement. The two-in-one starts at $430, or £419 in the UK. (Pricing for Australia wasn’t announced, but the UK price converts to AU$740.) The Chromebook features a 12.4-inch, 2,560×1,600-pixel, LED touchscreen with a brightness of 350 nits. Its 16:10 aspect ratio gives you more vertical room to work compared with the 16:9 11.6-inch Chromebooks typically used in schools. A 720p webcam is built in above the display as well.

Inside is a lower-end Intel Celeron N4500 processor and configurations will have 4GB of LPDDR4x and either 64GB or 128GB of eMMC memory for storage. Two USB-C ports and a USB 3.2 Type-A port, a combo 3.5mm headphone jack, a microSD card slot and Wi-Fi 6 round out the package.