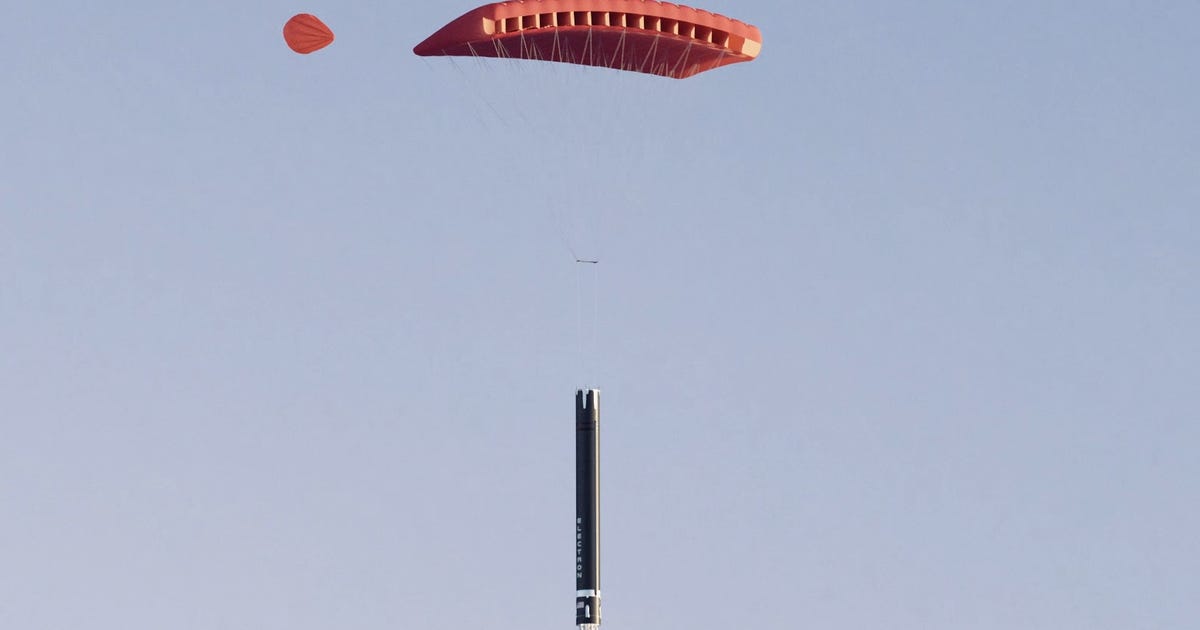 Space startup Rocket Lab ignited a new debate among space launch fans Monday over which is cooler: landing a rocket on an autonomous droneship in the middle of the ocean, or snagging one out of the sky with a helicopter. The New Zealand- and US-based company says it successfully caught one of its Electron rocket boosters with the help of a chopper over the Pacific Ocean, but it didn’t hold on to it for long.

“Trying to catch a rocket as it falls back to Earth is no easy feat, we’re absolutely threading the needle here,” said Rocket Lab founder and CEO Peter Beck in a statement.

Rocket Lab has snatched rocket replicas using a helicopter, but this is its first try at grabbing an actual Electron as it falls back to Earth from a trip to space.

The attempt served as a dramatic sideshow during the “There and Back Again” mission, which lifted off at 3:49 p.m. PT from Rocket Lab’s New Zealand launch facility to deliver 34 small commercial satellites to orbit.

Around three minutes after the Electron rocket launched, its second stage separated from the first-stage booster and continued on to boost its payload to orbit. Meanwhile, the first-stage began to descend back to Earth at high speed.

A Sikorsky S-92, which is a twin engine helicopter often used for offshore drilling or search and rescue operations, hovered on standby in a capture zone off the coast of New Zealand as the rocket did its job and the booster began to rapidly return home through Earth’s atmosphere.

It’s not exactly clear from the video what happens next, but an audible cheer could be heard, followed by a few ominous groans.

Rocket Lab announced on the livestream that the midair catch was successful and paused its commentary for the next 45 minutes before returning to report that the helicopter pilot “noticed different load characteristics” than expected. The pilot elected to “offload” the payload, meaning the booster was dropped for a splash down and recovery by ship instead.

Ultimately, engineers may tell you the SpaceX practice of autonomously landing a rocket returning from orbit softly on a moving target at sea is the more impressive feat, but there’s something to be said for the drama of a human pilot swooping in to hook a rocket that was blazing a trail toward Earth just seconds earlier.

That debate can remain unresolved for now. In the meantime, we can now say both make for a dramatic watch. You can rewatch the entire thing via the feed above.