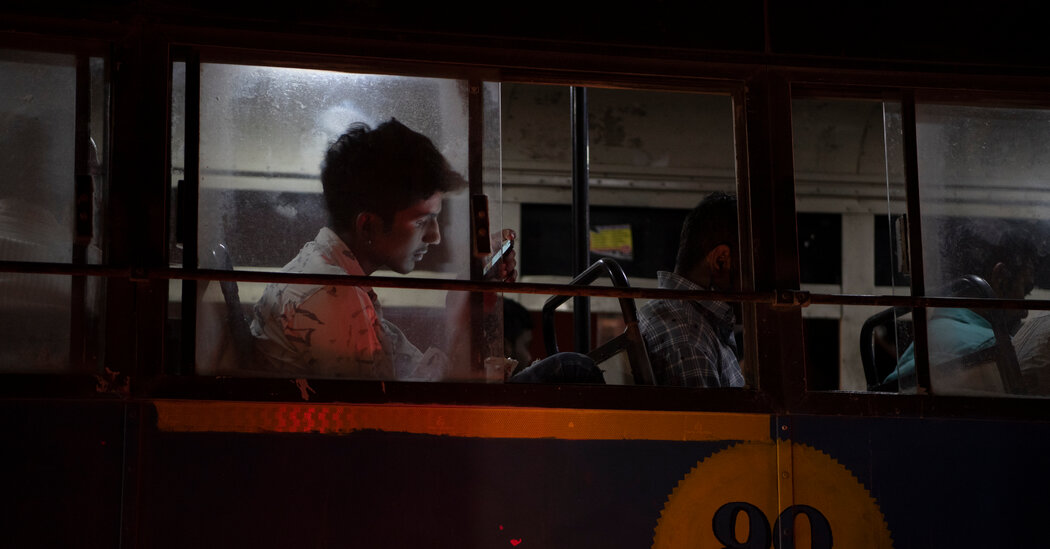 In the days after Russia’s invasion of Ukraine, thousands of Twitter accounts shared messages of support for Vladimir V. Putin, the Russian president.

They tried to deflect criticism of the war by comparing it to conflicts instigated by Western countries. Their commentary — along with tweets from other users who condemned it — made the hashtag #IStandWithPutin trend on Twitter in several regions around the world.

While some of the accounts said they were based in Nigeria and South Africa, the majority of those with a declared location on Twitter claimed to be from India and targeted their messages to other Indian users, researchers said.

The prevalence of accounts claiming to be from Indian users indicates that India’s social media landscape has become an important destination in the effort to influence public opinion of the war in Ukraine. Users who said they were from India made up nearly 11 percent of the hashtag trend in the two weeks after the invasion. Just 0.3 percent were from Russia and 1.6 percent from the United States during that time.

Some of the accounts used fake profile pictures, raising researchers’ suspicions. Others racked up thousands of retweets on their pro-Putin posts, despite having few followers and low engagement on the rest of their tweets.

Although the activity suggested the accounts may be inauthentic, there was no hard evidence that they were part of a coordinated influence campaign aimed at shifting sentiment about the war in India. A Twitter spokeswoman said the company was still investigating.

The challenge of identifying influence campaigns is further complicated by the split of public opinion in India. While some people have vehemently opposed the war, others have vocally backed Russia and held marches to show support.

“Russia and India have longstanding and deep security and economic relations,” said Graham Brookie, director of the Atlantic Council’s digital forensic research lab. “If you’re Russia and you’re facing increased global scrutiny, increased global closure, you look to countries like India to at least abstain from as many efforts to isolate Russia as humanly possible.”

The death of an Indian student in the fighting in Ukraine this month brought into focus India’s challenge of evacuating nearly 20,000 of its citizens who were in the country when Russia’s invasion began. Hundreds of Indian students remained stuck amid heavy shelling at the time. India’s prime minister, Narendra Modi, who has avoided condemning Russia, appealed to Mr. Putin and his Ukrainian counterpart, President Volodymyr Zelensky, for help.

Russia’s local embassy used Twitter to instruct Indian media outlets to not use the word “war” but to instead refer to it as a “special military operation,” as media outlets in Russia have been forced by law to do. Some Indian Twitter users responded by mocking the embassy, while others chastised local media outlets as inept and needing instruction from Russia.

Pro-Russian sentiment has taken hold in right-wing circles in the United States, misinformation that has spread within Russia claims Ukrainians have staged bombings or bombed their own neighborhoods, and myths about Ukrainian fortitude have gone viral across social media platforms. But in India and other countries where social media users joined the hashtag, pro-Russian narratives have focused on ethnonationalism and Western hypocrisy over the war, themes that have resonated with social media users.

“There were dense clusters of communities engaging with it, many of which were based in India or based in Pakistan,” said Marc Owen Jones, an assistant professor of Middle East studies and digital humanities at Hamad Bin Khalifa University who analyzed the accounts using #IStandWithPutin.

It was not clear whether the accounts promoting pro-Putin messages in India were authentic, although Dr. Jones said some of the most popular ones engaged in suspicious behavior, like using stock photos as profile pictures or racking up likes and retweets despite having few followers.

Pro-Russia messages have also been amplified by Twitter users claiming to reside in Kenya, Nigeria and South Africa. While some promoted pro-Russia hashtags, others pointed to examples of what they called Western hypocrisy, like former President Donald J. Trump’s praise of Mr. Putin.

After Dr. Jones published his findings, Twitter suspended more than 100 accounts that pushed #IStandWithPutin for “coordinated inauthentic behavior.” A Twitter spokeswoman said they were spammers who tried to commandeer conversations about the conflict.

“Since the war in Ukraine began, we have removed more than 75,000 accounts for violations of our platform manipulation and spam policy,” Sinéad McSweeney, Twitter’s vice president of global policy, said in a blog post this month. “These accounts represent a wide range of attempts to manipulate the service — including opportunistic, financially motivated spam — and we don’t currently believe they represent a specific, coordinated campaign associated with a government actor.”

Ongoing peace talks. Russia said that it would sharply “reduce military activity” near Kyiv and the northern city of Chernihiv. The announcement was the first sign of progress to emerge from peace talks between Ukraine and Russia in Istanbul.

On the ground. Russia’s apparent concessions in the north of Ukraine reflected a successful Ukrainian resistance that has bogged down Russia’s forces around Kyiv’s suburbs and retaken territory near the capital and cities closer to the Russian border.

Biden’s comments. During a speech in Warsaw on Saturday, President Biden said that President Vladimir V. Putin “cannot remain in power,” sending U.S. officials scrambling to walk back the ad-lib. On Monday, Mr. Biden stood by his remark, but said it was a personal expression of his “moral outrage.”

But some of the accounts in India most likely belonged to real people, Dr. Jones said. “If you can get enough people spreading a message, then real people will join in,” he said. “It becomes hard to sort the organic behavior from the inorganic because it’s a mesh.”

In India, some right-wing groups have advanced similar messages. An organization called the Hindu Sena marched in support of Russia this month in the heart of India’s capital. Carrying Russian flags ordered for the occasion as well as saffron ones often flown by Hindu nationalists, participants were led by the group’s president, Vishnu Gupta.

Over 300 activists chanted, “Russia you fight on, we are with you” and “Long live the friendship of India and Russia.”

“Russia has always stood by India and is its best friend. While America supports Pakistan and does not want any Asian power to rise,” Mr. Gupta said in an interview. “We don’t believe in war. But now that it’s happening, India must go with Russia. We must make our position clear.”

Russia’s embassy in India has also used Twitter and Facebook to promote conspiracy theories about biological research labs in Ukraine and to pressure the Indian media.

“A lot of the influencers who tend to align with Modi see at least some amount of common cause or some of their own viewpoints espoused by Putin’s brand of ethnonationalism,” Mr. Brookie said.

Facebook said it was working with local partners in India to fact-check information on its platform.

Indian leaders have been navigating a delicate balancing act between Russia, its largest supplier of weapons, and Ukraine by abstaining from voting against Russia at the United Nations. India has also sent medical supplies to Ukraine. It has been looking for ways to maintain its trade relations with Russia despite sanctions imposed on it by many Western countries.

But public sentiment about the war could pressure local politicians to choose a side, experts said.

“It’s a major, major flashpoint for a truly global competition for information,” Mr. Brookie said. “Its an inflection point where a number of countries — not just Russia but the United States, its allies and partners, as well as China — are positioning themselves.”