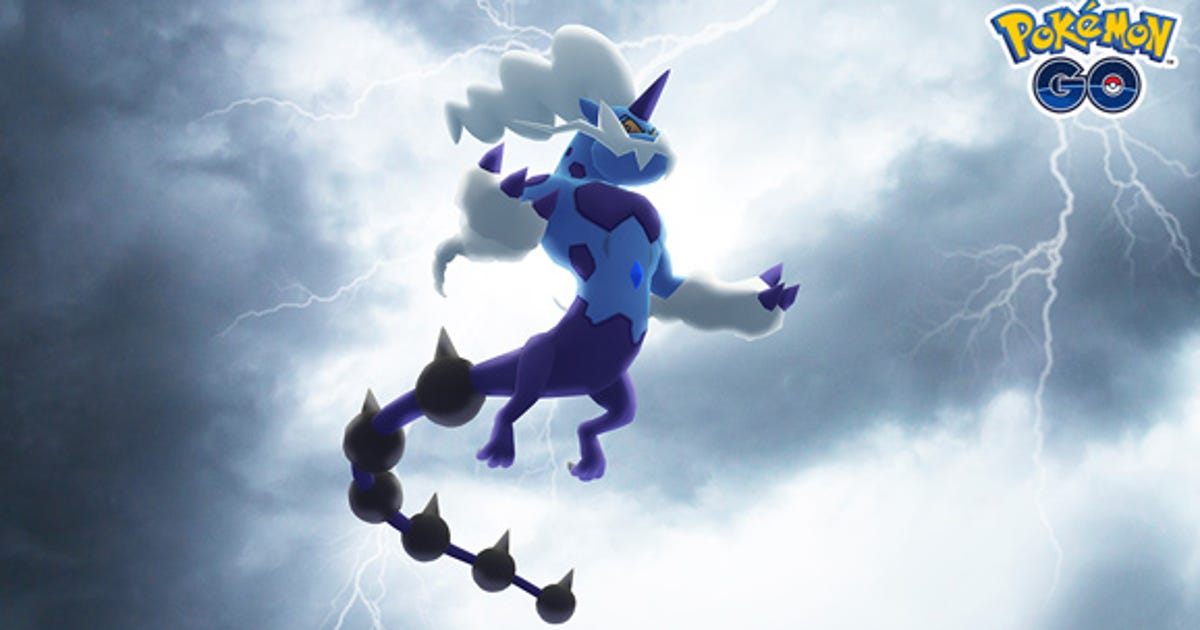 Thundurus is back in Pokemon Go for a limited time. The legendary electric-type Pokemon is appearing in five-star raids until Apr. 12, giving you another chance to capture one. Here are some tips to help you beat and catch Thundurus before it leaves the raid rotation again.

Therian Forme Thundurus is appearing in five-star raids from Apr. 5 to Apr. 12. Your best chance to catch it will happen tomorrow, Apr. 6, during Pokemon Go’s Raid Hour event. Thundurus raids will be occurring at more gyms from 6-7 p.m. local time that evening, giving you more opportunities to battle the legendary Pokemon.

Regardless of which form it takes, Thundurus is an electric/flying type, which means it’s vulnerable to only two types: rock and ice. Although they don’t deal super-effective damage against it, ground Pokemon are also good choices to use against Thundurus, as they resist the legendary’s electric-type attacks.

Here are some recommended Pokemon and moves to use when battling Thundurus:

Like Tornadus, Thundurus has a different move pool depending on its form. Therian Forme Thundurus will deal the most damage if you teach it the Fast Attack Volt Switch and the Charged Attack Thunderbolt, while Incarnate Forme Thundurus should know Thunder Shock and Thunder.

There are a lot of other events happening in Pokemon Go over the next few weeks, including the Spring into Spring celebration and the debut of Tapu Bulu. You can catch up on everything going on in the game this month in our Pokemon Go April events roundup.