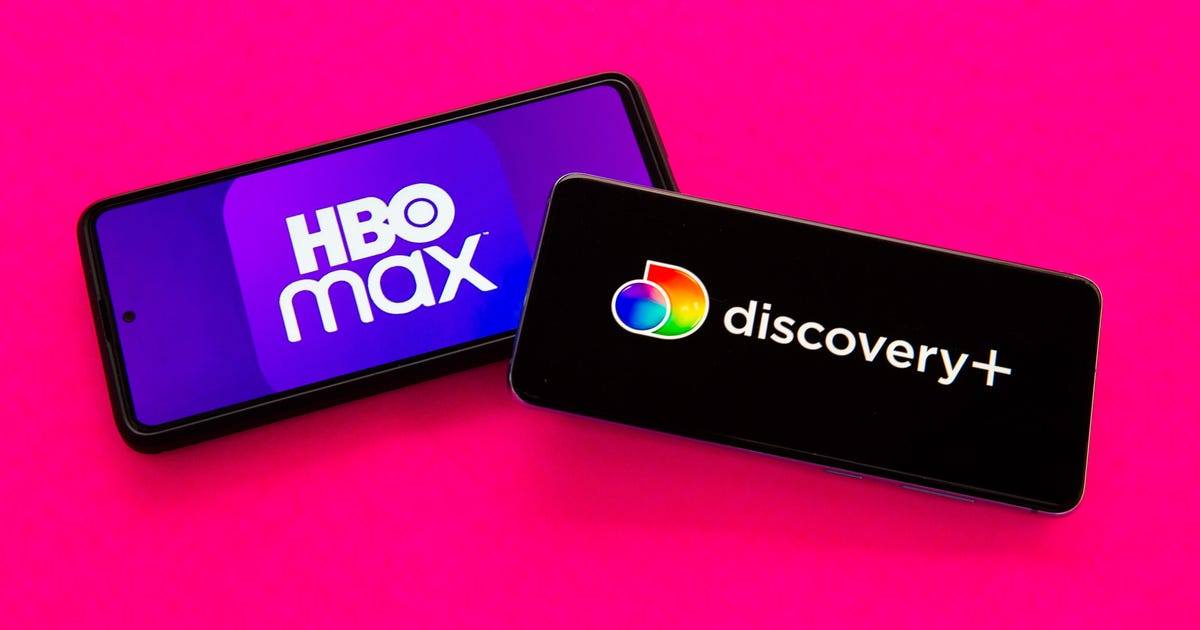 WarnerMedia and Discovery have officially merged to form Warner Bros. Discovery. Yep, this means The Sopranos, Euphoria and Batman, 1000-Lb. Sisters, Ancient Aliens and Property Brothers will live under the same roof, as the marriage brings together Warner-owned films, TV shows, channels and its HBO Max streaming service with Discovery brands.

Excited? As an HBO Max subscriber who doesn’t care much about Discovery shows, I’m not. Streaming TV prices are going up, and I’m constantly comparing which platform has the best throwbacks, rotation of fresh titles, originals and access to new episodes.

Cord-cutters like me mainly wonder how this merger will affect what we spend on streaming services each month. Netflix sparked outcry over its price bump earlier this year, and customers took to social media, threatening to jump ship. HBO Max sits on the same side of that expensive table, costing us $15 a month for the ultimate ad-free experience and $10 if you don’t mind ads. Meanwhile, Discovery Plus charges its 22 million subscribers only $5 for its basic plan and $7 for the ad-free version.

Warner Bros. Discovery intends to welcome us into this merged realm with a bundle arrangement a la Hulu with Disney Plus and ESPN Plus — at first. Then the plan is to create a unified streaming app where HBO Max’s goodies are on the same platter as Discovery Plus offerings. But let’s be honest: I don’t want to see another price hike, and you probably don’t either.

When Hulu added Disney Plus and ESPN Plus to its live TV packages, it came with a $5 increase and no choice to opt out. Pay more and receive access to these other streaming services, whether you want them or not. Will Warner do the same thing?

Though Discovery has some gems in its lineup, not all of us happy HBO Max customers want access to its entire streaming catalog. I’m good. If I want, I can catch Food Network or OWN shows on another streaming platform that I’m paying for. The same goes for die-hard Chip and Joanna Gaines fans who tune in regularly to the Magnolia Network. It’s true you can stream back-to-back episodes of 90 Day Fiancé and more on the current Discovery Plus app, but much of it is available elsewhere.

Because I don’t watch sports, Warner Bros. Discovery’s plan to expand that branch of the empire really doesn’t speak to me either. And with that said, a bunch of old or new content that I’ll never watch won’t justify a higher subscription price. Paying more money isn’t the stuff my dreams are made of. And on the flip side, loyal Discovery Plus subscribers who don’t want or have HBO Max probably aren’t thrilled about potentially coughing up more than $5 a month.

Streaming is starting to feel more like cable TV

Streaming wars became a buzzy term to describe all the media giants becoming contenders in the video-on-demand game. Niche providers and smaller services account for some of that action, but when HBO Max stepped into the gladiator arena in 2020, more than 10,000 hours of premium movies, shows and originals helped it hit the ground running.

In addition to watching HBO classics like Game of Thrones and Warner blockbusters (Harry Potter, The Matrix), we get to stream DCEU titles, Cartoon Network series like Adventure Time, and Max Originals (The White Lotus). Hence, the other buzzy term: Prestige Television. HBO falls into this category, and it’s one of the reasons people pay for it as a premium cable channel.

Discovery’s brands, in the US and internationally, are most popular as linear cable networks. That includes Lifetime, HGTV, TBS, Food Network and A&E. This definitely doesn’t fit into the prestige TV category. In fact, it’s drastically different from the majority of Warner and HBO productions. Cable subscribers are pretty much set with Discovery content, but they can get HBO Max as an add-on if they want.

As a streaming service, HBO Max has exclusive titles and everything under the HBO and Warner banner. Stream its library on demand, binge a show and enjoy, no matter your age. But with the way these mergers are going, all these channels are being mashed together into cable-like packages where you’re paying for an extra set of networks you don’t want or need. In some cases, you’re better off skipping a dedicated app and watching episodes on cable or a live TV streaming service like YouTube TV or Sling.

It’s turning into a game of who offers what and where can I find it. Cable providers have been playing it for decades, and streaming services are slowly morphing into the same system. Shelling out the same amount of money — or more — as I would for cable defeats the purpose of paying for a premium streaming service.

What Warner Bros. Discovery should do

The rebranded media giant wants to sell customers on the fact that now there will be more than 200,000 hours of TV, movies and live programming available to stream on demand. Typically, that equates to a price hike. We’ve seen it before with Netflix, Disney Plus, Hulu and other providers who tell us that the cost increase is necessary to give us “more value” and to fund all the new projects that are in the pipeline. Why wouldn’t Warner Bros. Discovery eventually follow suit?

It doesn’t have to. After its bundle plans expire, it should either keep the monthly prices the same or, dare I say it, lower them. Grandfather existing customers in with old pricing and snag newbies with a promotional rate before hitting them with a higher monthly fee.

As far as organizing the app, gather Discovery networks into a singular hub in the HBO Max app, similar to how there are already designated hubs for HBO, Studio Ghibli and DC. Or divide the Discovery brands into their own hubs. Just don’t spam viewers with ads for all the content that we’re not watching. Let the algorithm reflect what someone is really interested in seeing.

It’s unlikely that a combined mega app will give any of us the choice to opt out of specific programming — for me it’d be the Discovery Plus stuff — but surely these two titans can cut us a little bit of slack by keeping the cost the same. I’d hate to cancel my HBO Max.