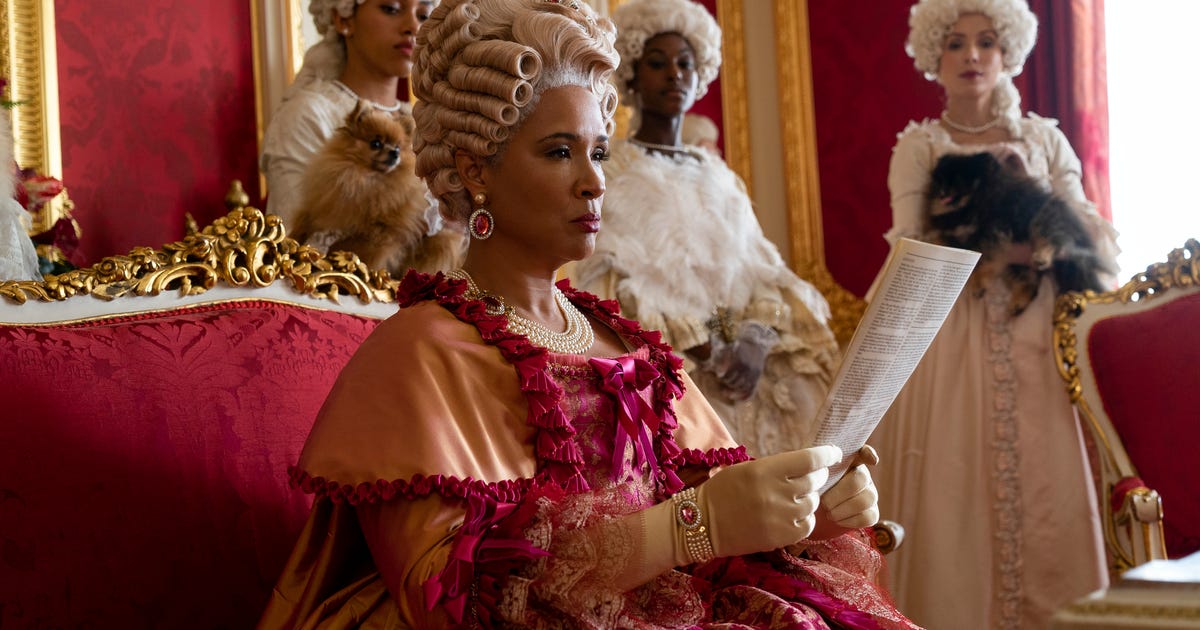 Bridgerton season 2 just dropped, and Netflix has unveiled more details for a prequel spin-off delving into how Queen Charlotte first put on the crown decades before the smash hit historical romance.

Bridgerton star Golda Rosheuvel will appear as the older queen in the series, along with Adjoa Andoh and Ruth Gemmell reprising their roles as Lady Agatha Danbury and Lady Violet Bridgerton. Also produced by Shonda Rhimes, the as-yet-unnnamed prequel will focus on the rise of the young Queen Charlotte.

Spoiler alert: the origin story of kings and queens tends to involve being born royal. That’s it. Sure, some kings and queens were a bit more self-made, but chopping the existing monarch’s head off was frowned upon by the nineteenth century.

In real life, Charlotte of Mecklenburg-Strelitz was the teenage daughter of a German duke who married the 22-year-old King of Great Britain and Ireland George III in 1761. Within a year they had a child, the first of 15 in a 57-year marriage. Charlotte spoke no English to start with, had a difficult relationship with her strict mother-in-law, and was dismayed to see her husband the king descend into illness and insanity that eventually saw him replaced by his son during the regency period in which Bridgerton is set. In other words, the prequel sounds like a combination of Bridgerton with a touch of Netflix’s other royal hit The Crown and a definite parallel with Hulu’s delicious series The Great (another series in which a naive young princess fights to win her place on the throne).

Line of Duty star India Amarteifio will play young Queen Charlotte, with the young King George III played by Corey Mylchreest who’ll soon be seen in Netflix’s Sandman. Rigid mother-in-law Princess Augusta is played by Michelle Fairley, who you may recognise as Catelyn Stark from Game of Thrones.

You may be familiar with Charlotte’s story from the 1994 film The Madness of King George, in which she was played by Helen Mirren.