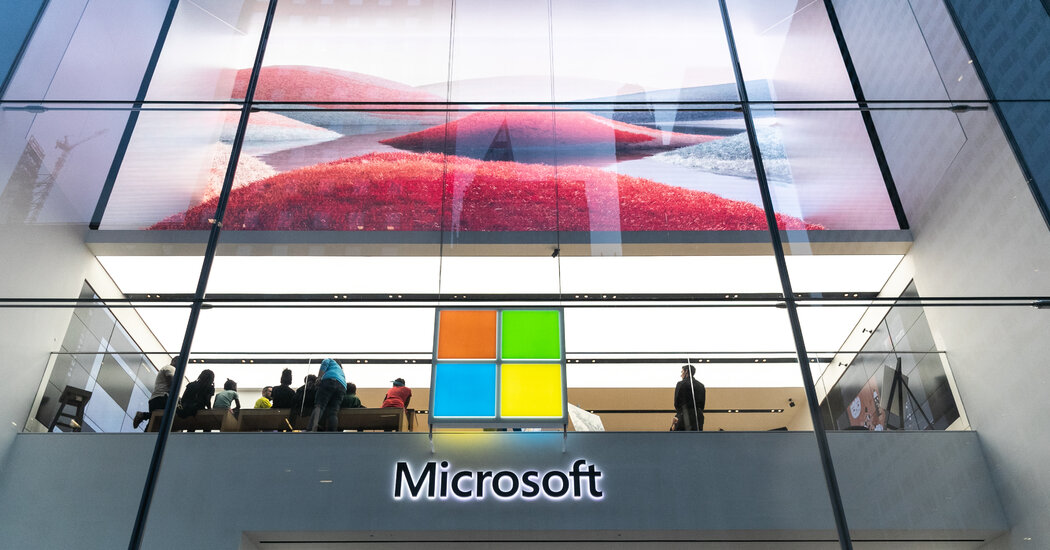 Despite inflation and uncertainty over the war in Ukraine, Microsoft on Tuesday reported financial results that showed little threat to the fundamentals of its business.

Microsoft said it had $49.4 billion in sales in the first three months of the year, up 18 percent from a year earlier. Profit rose 8 percent to $16.7 billion.

Microsoft, like many tech companies, enjoyed a surge in demand from the pandemic, but unlike Netflix and others, it has seen its growth continue. Microsoft executives have said it is facilitating “durable” ways for its customers to evolve in the digital era that will only increase the use of technology — and mean more business for the company.

“Going forward, digital technology will be the key input that powers the world’s economic output,” Satya Nadella, the company’s chief executive, said in a statement.

Revenue for Microsoft’s cloud offerings for commercial customers, which include its Azure computing platform and Office 365 subscriptions, increased 32 percent to $23.4 billion.

Russia accounts for less than 1 percent of Microsoft’s revenue, Amy Hood, the company’s finance chief, said in March, and the ripple effect that some analysts initially feared when Russia invaded Ukraine did not appear to materialize. Bank of America, for example, recently wrote that in checking with Microsoft’s partners, it had “not noted any war-prompted spending slowdown across Europe more broadly.”

Microsoft’s personal computing business grew 11 percent to $14.5 billion, with an 11 percent increase in sales of its Windows operating system that comes installed on new computers, a sign that inflation has not hurt purchasing.

For the first time, Microsoft’s results included the artificial-intelligence software company Nuance, which the company bought in a $16 billion deal that closed in early March.