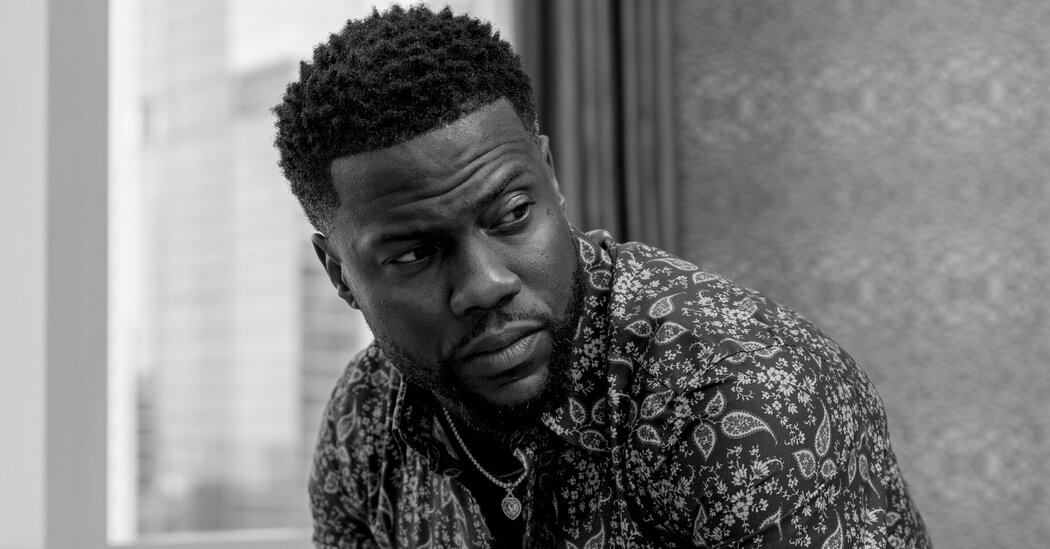 Kevin Hart has heard the doomsaying about the streaming industry that has rattled Hollywood since Netflix reported last week that it had lost subscribers in recent months.

But Mr. Hart, the prolific actor and stand-up comedian, isn’t buying it.

Mr. Hart has a big backer supporting his thesis. On Tuesday, Mr. Hart’s media company, HartBeat, said it had raised $100 million from Abry Partners, a private equity firm in Boston. Abry is buying a 15 percent stake in HartBeat, people with knowledge of the deal said, valuing the company at more than $650 million.

The deal makes Mr. Hart the latest entertainment entrepreneur to tap the private equity money that is spreading across Hollywood. In the last year, Reese Witherspoon, LeBron James and Will Smith have all sold stakes in their media businesses to firms looking to cash in on the increased demand for content.

Valuations have soared thanks partly from the firms’ interest. Hello Sunshine, the company founded by Ms. Witherspoon, was valued at nearly $1 billion in its deal with Candle Media, a new company backed by the private-equity firm Blackstone. Moonbug Entertainment, owner of the hit children’s show “CoComelon,” was valued at close to $3 billion in a deal with Candle Media.

Michael Nathanson, an industry analyst, said production deals with prominent performers would become increasingly common as streamers focused on profitability. Media companies want shows and movies that have the best chance of winning new subscribers, and name recognition is a reliable way to do that, he said.

“The only way you break through the clutter is by quality or established brands,” Mr. Nathanson said.

HartBeat is a new company focused on comedy and cultural content created from the merger of two firms associated with Mr. Hart: Laugh Out Loud, a digital comedy firm that was conceived in 2016 as a subscription streaming service by the Lionsgate film studio and Mr. Hart, and HartBeat Productions, Mr. Hart’s production company.

Mr. Hart, who controls HartBeat, is stepping aside as its chief executive but will remain chairman of its board. He will be succeeded by Thai Randolph, who was the chief operating officer of both Laugh Out Loud and HartBeat Productions. Jeff Clanagan, Mr. Hart’s longtime business partner, will be the company’s chief distribution officer, and Bryan Smiley, the president of film and TV at HartBeat Productions, will be HartBeat’s chief content officer.

NBCUniversal’s Peacock streaming service, which has a deal giving it the first chance to buy TV shows that HartBeat produces, will continue to be a minority investor in the combined company. HartBeat executives will also own shares.

Abry Partners did not respond to a request for comment.

Ms. Randolph said both HartBeat Productions and Laugh Out Loud had been profitable before the merger but declined to provide details. More than 50 percent of HartBeat’s revenue will come from its studio arm, which has deals to produce shows for streamers such as Peacock and Netflix. (Past productions have included “Olympic Highlights,” a real-time sendup of the Summer Games, and “Fatherhood,” a Netflix film featuring Mr. Hart as a grieving father.) The rest will come from a combination businesses, such as content licensing and brand consultancy work for companies including Procter & Gamble, Lyft and Sam’s Club.

The merger discussions began in earnest during a retreat in July at Los Cabos in Mexico, where about 60 employees from both companies got reacquainted after months of remote work during the Covid-19 pandemic, Ms. Randolph said. In a hotel suite near the beach, executives worked out a structure for the combined company, which included a reshuffling of the senior leadership.

Mr. Hart predicted that competition among streaming services would result in a market with several bigger players vying for subscribers, each offering distinct content. He drew a comparison to the athletic apparel industry, where established companies like Nike continue to grow. As long as HartBeat delivers good shows, it will endure, he said.

“There won’t ever be a time when people won’t want to laugh, won’t need to drop their shoulders and just have a good time,” Mr. Hart said.