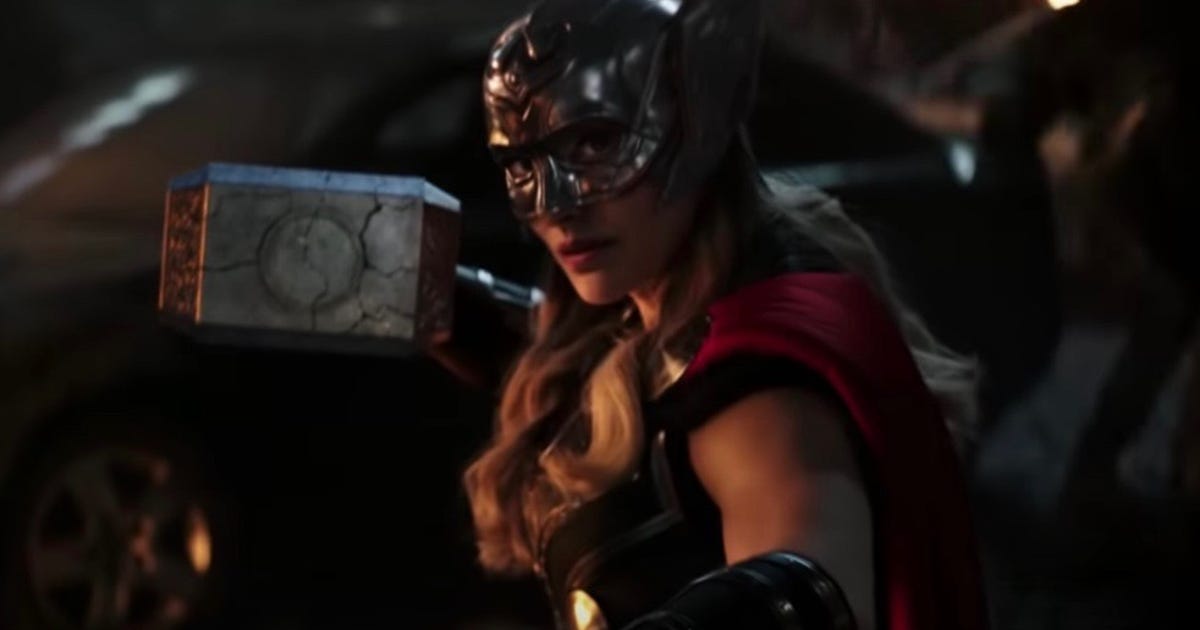 We got a taste of Thor: Love and Thunder on Monday, as the movie’s first trailer offered a glimpse of what happened to the Asgardian Avenger after the events of 2019’s Avengers: Endgame. The Marvel Cinematic Universe adventure, from director Taika Waititi, is scheduled to hit theaters July 8.

Set to Guns N’ Roses’ 1987 song Sweet Child O’ Mine, the trailer shows Thor getting back into shape after his “Bro Thor” phase in Endgame, and hanging out with the Guardians of the Galaxy (and undermining Peter Quill’s leadership like a big jerk). It also hints at Russell Crowe’s Zeus and ends with the reveal of Jane Foster wielding Mjolnir as the new Thor.

It’s unclear if this is the same Jane we know from previous Thor movies (her last live-action MCU appearance was in 2013’s Thor: The Dark World), or some kind of variant from a parallel reality. In the comics, Mjolnir sought out Jane after Thor was deemed unworthy and she had been diagnosed with breast cancer. He gave her his blessing to use his name and went by “Odinson” to avoid confusion.

Other familiar faces will include Tessa Thompson as Asgardian King Valkyrie, and Natalie Portman as Jane Foster, and Chris Pratt as Peter Quill to name a few. Joining the cast is Crowe as Zeus and Christian Bale as Gorr the God Butcher.  Marvel showcased a bunch of merchandise on Wednesday, showing us Gorr and revealing that the official name for Jane’s heroic persona is “The Mighty Thor.”

However, there’s still plenty of MCU action for fans to consume before Thor: Love and Thunder comes out. Moon Knight is currently airing on Disney Plus, Doctor Strange in the Multiverse of Madness hits theaters on May 6 and Ms. Marvel kicks off on Disney’s streaming service on June 8.

On Tuesday, Square Enix revealed that Jane’s Thor will be the next playable hero to join the 2020 Avengers game. It’s unclear exactly when she’ll be added.