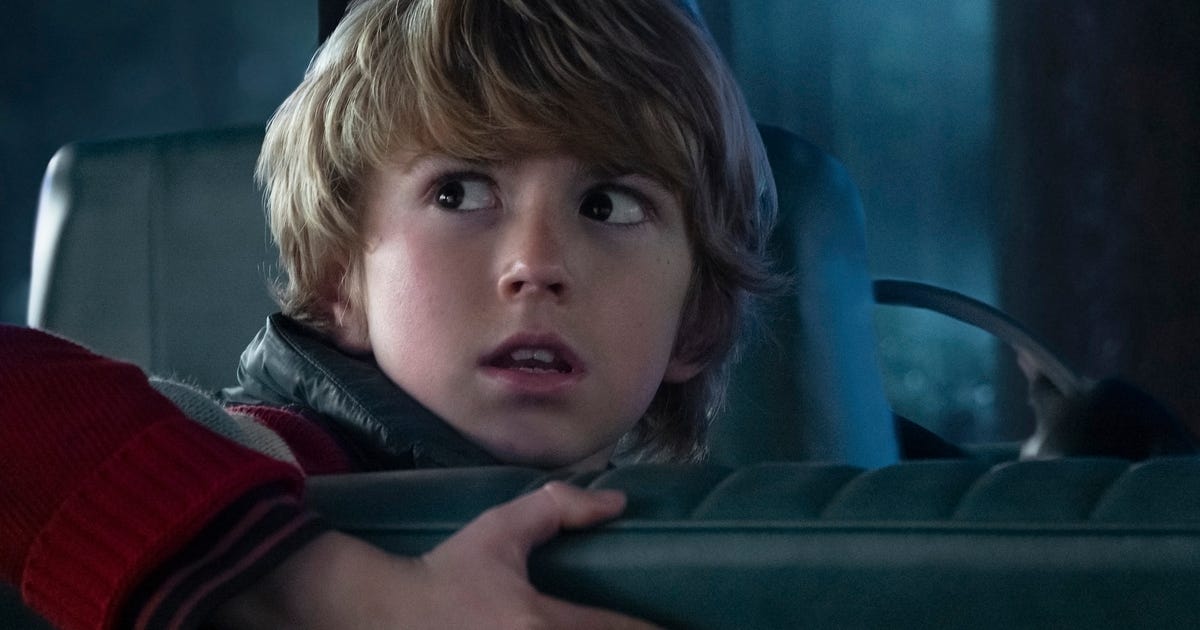 Walker Scobell has been cast as the youthful demigod in Disney Plus‘ upcoming Percy Jackson and the Olympians series. You may recognize him from Netflix’s The Adam Project, where he played a younger version of Ryan Reynolds, but did you know that he’s also an avid skateboarder with an encyclopedic knowledge of 2016 superhero movie Deadpool?

Here’s what to know about the actor, who’s also skilled at sarcasm in interviews.

Who is Walker Scobell?

13-year-old Walker Scobell is known for his breakout role in well-reviewed sci-fi movie The Adam Project, which hit Netflix last month. The film is Scobell’s first big-screen acting gig, and he was selected out of 376 kids who auditioned for the role.

Aside from acting credits, he’s an avid skateboarder and skier and a huge Deadpool fan. Sitting beside Ryan Reynolds in a Today interview for the Adam Project, Scobell admitted he’s seen the movie “a couple hundred” times. “He can recite every syllable of either movie, he can just go,” Reynolds added. “Even those crappy expositional lines that no one remembers, he knows every single one of them.”

Watch him prove his exceptional knowledge of Deadpool here.

What does Rick Riordan think of the casting?

In a blog post on April 11, author Rick Riordan sang praises about the actor. He wrote the five Percy Jackson books on which the series is based.

“It was obvious to me and the rest of the team that Walker had the perfect mix of comedic timing, sweetness, rebelliousness, snark and heroism to embody our hero Percy Jackson,” he wrote.

Percy Jackson is 12 years old in the TV series, just a year younger than Scobell.

What else do we know about Disney Plus’ upcoming Percy Jackson series?

The Disney Plus Percy Jackson series will tell “the fantastical tale” of a modern demigod who’s coming to terms with his newfound supernatural powers when sky god Zeus accuses him of stealing a powerful lightning bolt.

The pilot episode of Percy Jackson and the Olympians will be written by Riordan and Jon Steinberg and directed by James Bobin, who directed the pilot for Disney Plus’ The Mysterious Benedict Society.

Riordan has been vocal since the series’ get-go. He announced the news of the Disney Plus show back in January via a social media video. In his April 11 blog post, Riordian shared that Scobell has done numerous chemistry reads with candidates for the show’s other leads, Annabeth and Grover, and he’s confident the two roles are “very close” to being finalized.

Scobell takes over from Logan Lerman as the face of the beloved series, after Lerman starred in 2010 film Percy Jackson and the Lightning Thief followed by 2013’s Percy Jackson: Sea of Monsters.

Is Walker Scobell working on any other projects?

Yep. He’s starting in Secret Headquarters, a new movie set to premiere on August 5. Scobell will play Charlie, a kid who discovers what seems like a superhero’s secret headquarters under his home.