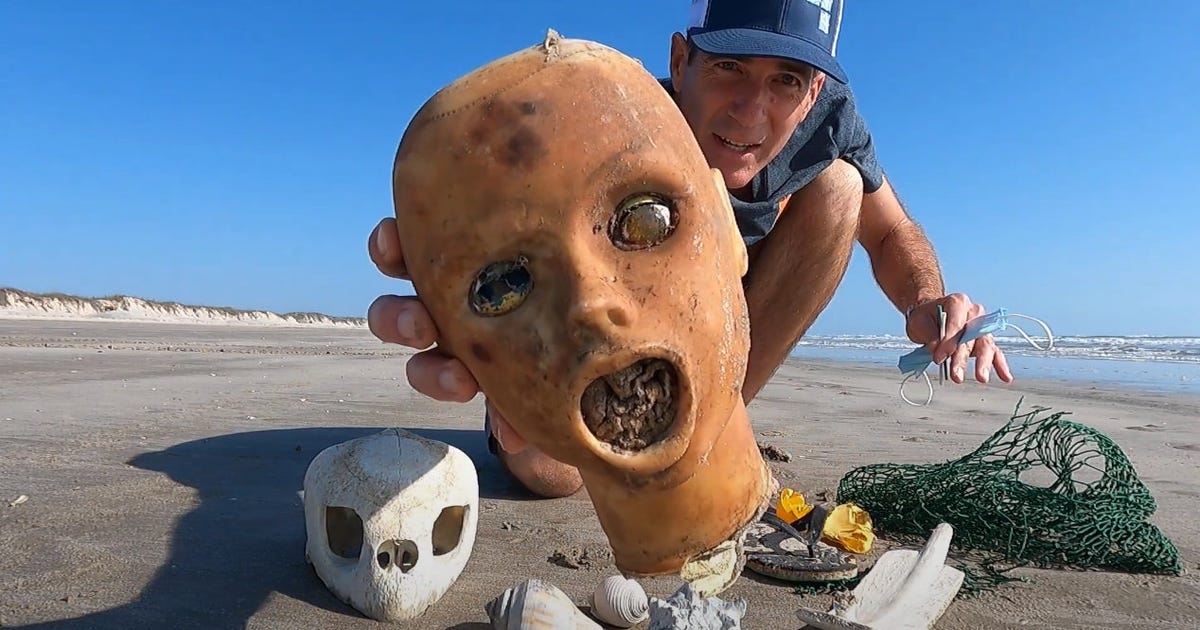 Sometimes strange sea life washes up on beaches. Sometimes Lego pieces do. Chunk of a rocket? That can happen. And if you’re in Texas, you might have the good (bad?) fortune to come across a sand-caked, barnacle-encrusted, sinister-looking doll. Researchers with the Mission Aransas National Estuarine Research Reserve along the Gulf Coast have made a habit out of collecting unsettling beach dolls.

One of the latest is a doll with gooseneck barnacles growing out of its eye. Mission Aransas NERR posted a video this week of the doll’s discovery. “Oh boy. The creepy doll. I know a bunch of you weirdos out there like this,” reserve director Jace Tunnell said in the video. “This is some stuff that comes up all the time.”

The reserve is managed by the University of Texas Marine Science Institute with funding from the National Oceanic and Atmospheric Administration. The reserve staff monitors animal life and marine debris along the beaches. The beachcombing videos usually feature less ominous things, like stingrays, pufferfish, shrimp, bottles and plastic pellets.

“We’re actually doing scientific work, but the dolls are a perk,” Tunnell told McClatchy News in an article on Wednesday. He gave a shout-out to one of the first ones found: the bald head of a sex doll.

A video from late October 2021 featured some of the absolute creepiest dolls, including one in tatters with algae in its hair and one that had a skull drawn on its chest.

Even eerie dolls need love. Occasionally, the reserve sells off its discoveries as a fundraiser, so you could consider finding a place in your home (and your nightmares) for a washed-up beach doll of your very own. The next trash-to-treasure auction will likely take place in early 2023. If you buy one, just don’t name it Chucky.