A host of established companies and fledgling startups are racing to build special-purpose chips to push the capabilities of artificial intelligence technology to a new level. The new chips are geared to help AI grasp the subtleties of human language and handle the nuances of piloting autonomous vehicles, like the ones carmaker Tesla is developing.

Some of the new chips are enormous by the standards of the industry, which has prized miniaturization for decades. One chip for AI acceleration covers 46,225 square millimeters and is packed with 2.6 trillion transistors, the largest ever in the estimation of its designer, Cerebras.

More conventional AI chip work is underway at Intel, Google, Qualcomm and Apple, whose processors are designed to run AI software alongside lots of other tasks. But the biggest chips are coming from reigning power Nvidia and a new generation of startups, including Esperanto Technologies,  Cerebras, GraphCore and SambaNova Systems. Their advancements could push AI far beyond its current role in screening spam, editing photos and powering facial recognition software.

Behind the spate of designs is the expectation AI is the next technological gold rush. AI systems, which work by imitating aspects of human brains, are quickly improving at pattern recognition and decision making. Because it has the potential to wrestle with the complexity of the real world, companies like Tesla and Skydio, a drone maker, are betting AI will let their vehicles pilot themselves.

The chip startups unveiled their designs at the Hot Chips conference earlier this week. The conference took place just after Tesla detailed its ambitious Dojo AI training technology and the D1 processor at its heart. At that AI Day event, Tesla Chief Executive Elon Musk said the AI technology is good enough even to help a humanoid robot, the Tesla Bot, navigate the real world.

Everyday computing jobs, like checking your email or streaming a video, mostly involve a single computing task, called a thread. Training an AI model, though, requires a system that can handle vastly more threads at a time.

Just about every processor you’ve used, whether in your phone or watching a Netflix video, was originally among many cut from a circular wafer of silicon crystal 300mm across, or about 12 inches. The bigger the chip, the fewer fit on a wafer and more expensive it is to make, in part because there’s a higher likelihood one speck-size defect can ruin an entire unit. Typical general-purpose processors have billions of transistors. For example, the A14 processor in Apple’s iPhone 12 is 88 square millimeters and houses 11.8 billion transistors.

AI chips, customized for the particular needs of AI algorithms and data, start from the same 300mm wafers as other processors but end up being just about the biggest in the business.

Cerebras is in still another league for chip size.

Where ordinary processors are cut by the dozen or hundred from a 300mm wafer, Cerebras keeps the full wafer intact to make a single WSE-2 AI accelerator processor. Chipmaking equipment can only etch transistor circuitry on one relatively small rectangular area of the wafer at a time. But Cerebras designs each of those rectangular chip elements so they can communicate with each other across the wafer.

Other AI chip companies also link their chips together — Tesla’s Dojo will group 3,000 D1 chips into a single unit it calls an Exapod. But Cerebras’ chip takes integration one step further.

Computer scientists have tried for decades to develop AI but have been stymied by the limitations of hardware and software. Technological advances, however, have made the idea practical. AI usually refers to machine learning technology called neural networks that are loosely based on our own billions of interconnected brain cells.

The second phase uses the model that’s been created, a task called inference, and applies it to new material. For example, the AI could be asked to recognize handwriting or spot malicious phishing emails. Computationally, inference is a much less difficult task though it still benefits from acceleration. Some of that happens on the chips Apple, Qualcomm, Intel and others design for consumer devices, and some in the sprawling “hyperscale” data centers that use thousands of servers for giant internet services like YouTube and Facebook.

Nvidia computer architect Ritika Borkar said in a Twitter thread that the flexibility of graphics chips helps the company deal with shorter cycles in AI, a field where techniques change roughly every 18 months. Samsung Galaxy S22: Rumors, leaked photos and everything else we’ve heard so far

Parts of this Content Galaxy S22 release date: January 2022? Galaxy S22 could have a smaller display and… 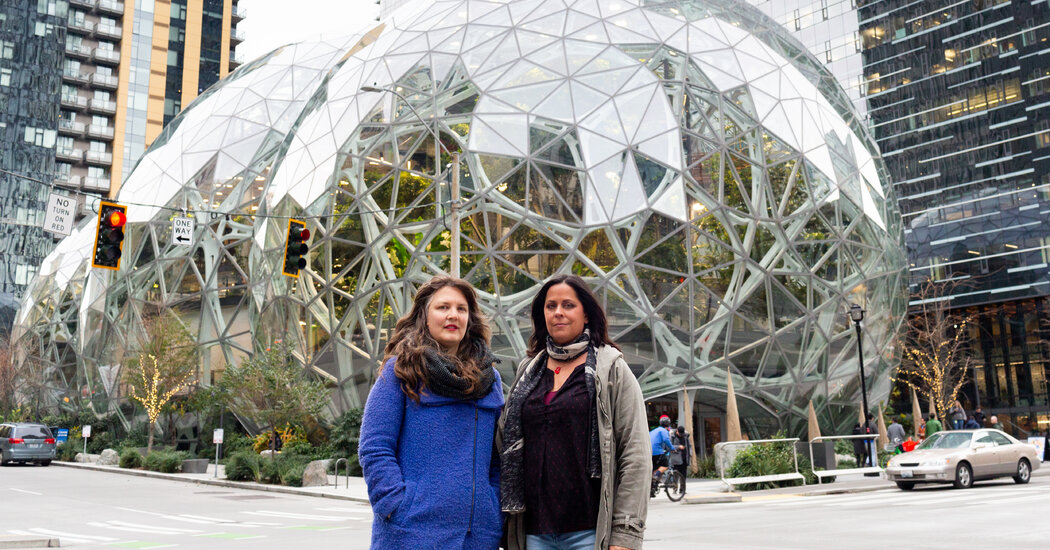 Amazon settles with activist workers who say they were illegally fired.

Amazon has settled with two of its most prominent internal critics, staving off a public hearing over accusations…