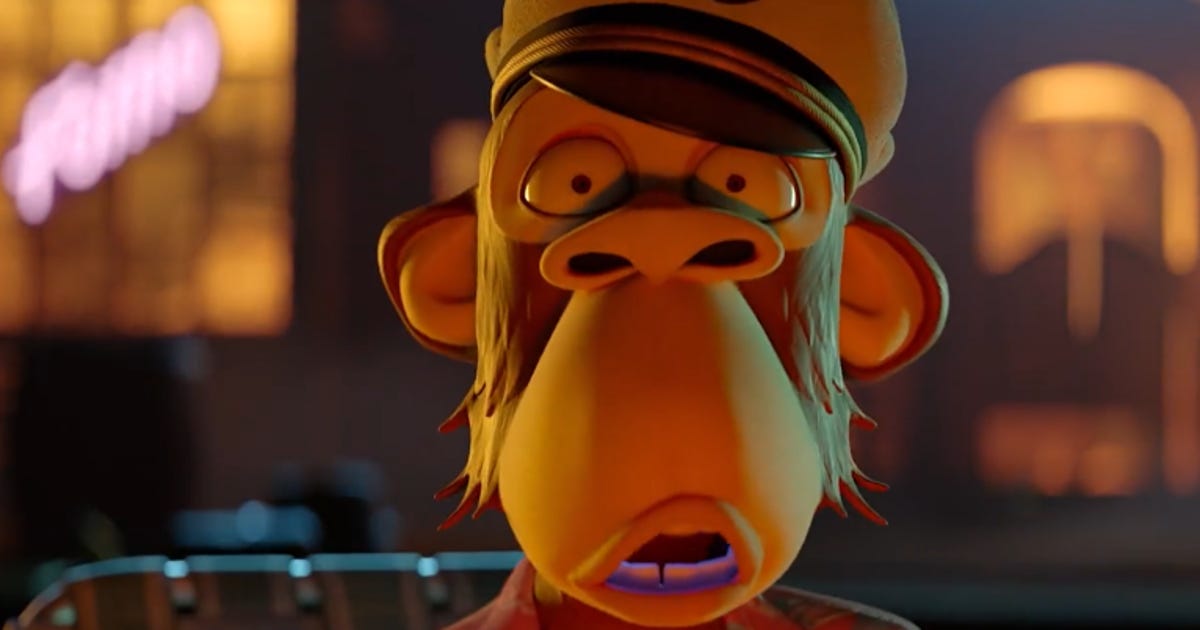 Is it possible for an NFT collection to become a true mainstream brand? The Bored Ape Yacht Club is trying. Almost exactly a year after launching as a set of 10,000 NFTs, it was announced by crypto exchange Coinbase that a trilogy of Bored Ape Yacht Club (BAYC) flicks would be coming. The first will debut in June, and will tie in to the long-awaited launch of Coinbase’s NFT marketplace.

The film series, produced by Coinbase, is being called “The Degen Trilogy”. In crypto parlance, a “degen” is a common and often affectionate term used to describe someone who buys coins or NFTs without doing any meaningful research into what they’re actually buying. The first part will debut at NFT NYC, an NFT convention that takes place in New York every year, between June 20 and June 23.

“We have an incredible group of directors, writers, and animators behind this film,” Coinbase says on the film’s website. “We can’t tell you who they are just yet, but you’ve seen what they’ve done before.”

Created by Yuga Labs, BAYC has become the world’s biggest NFT collection. Having launched for about $250 apiece, Bored Ape NFTs are now unattainable for less than $300,000. The NFTs act as status symbol items that the crypto-rich flaunt to peers on social media, much like how a chief executive may flex a new Rolex to clients and colleagues. Additionally, the NFTs act as memberships to a community of well-connected crypto and NFT traders: The allure of profiting through these connections is part of why people are willing to hold onto jpegs worth nearly half a million dollars.

Owners of Bored Ape Yacht Club NFTs will be able to audition their apes to be in the series. Each Bored Ape NFT features different traits and accessories, and Coinbase is asking owners to create a backstory for their character to potentially appear in the films. If chosen, the owner of that NFT will recieve a $10,000 licensing fee, paid in Bitcoin or Yuga Labs’ own Ape Coin. (Though Yuga Labs owns the BAYC brand, holders of the NFTs have licensing rights for the specific Ape they own. This has led to holders beginning a band, and the authoring of a Bored Ape book by Neil Strauss.)

Already, BAYC has begun to transcend NFT culture. Celebrities like Eminem, Snoop Dogg and Steph Curry use Bored Apes as profile pictures on Twitter. Paris Hilton and Jimmy Fallon discussed their respective Apes during a Tonight Show interview that, though widely mocked, was seen by around a million people. Brands like Adidas and Prada have partnered with it, and Rolling Stone released a special edition magazine with a Bored Ape on the front.

Yuga Labs is trying. In addition to expanding BAYC’s “onchain” presence through the Ape Coin cryptocurrency that launched last month and the Otherside metaverse in which the coin will be used, attempts are being made to take BAYC “offchain”. Yuga Labs has partnered with toy maker Superplastic to release Ape figurines, a pop-up burger shop was opened in California, and a BAYC mobile game is being developed with Animoca Games.

Yuga Labs isn’t the only one tinkering with taking NFTs mainstream, with Reese Witherspoon’s media company Hello Sunshine working on a film and TV series based on the World of Women NFT collection.

Equally enthusiastic about pushing the bounds of NFT culture is Coinbase, which will be producing the BAYC films. Coinbase has been a popular cryptocurrency exchange for years, and for the past six months has been hyping the launch of its own NFT marketplace to compete with OpenSea. The Degen Trilogy will tie into the eventual launch of that platform, as you’ll need to have a Coinbase wallet to view the movies.


Get the CNET Personal Finance newsletter

Save money with the best tips and products to make smart financial decisions. Delivered weekly.