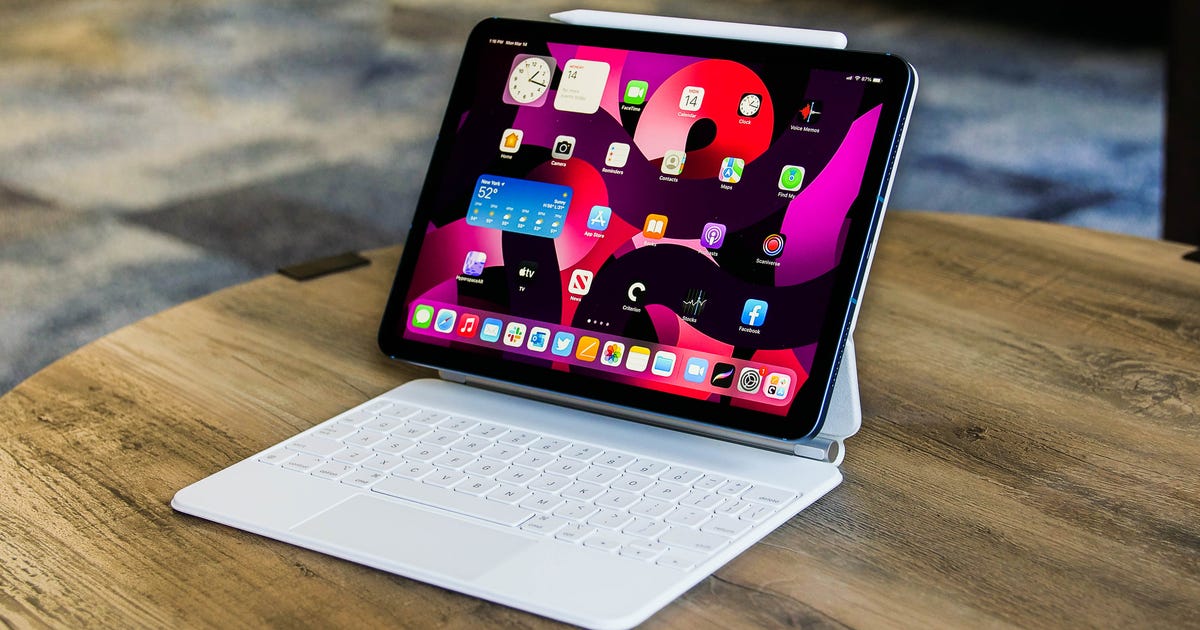 As hardware and performance continue to improve, the lines between laptop and tablet are starting to blur. Particularly on models like the latest fifth-gen iPad Air, which comes equipped with Apple’s M1 processor, the same series found in its MacBooks. This sleek, versatile tablet hit shelves last month, and as of this morning, it’s already being discounted. Right now, you can save $70 on the 256GB Wi-Fi model, but only in the space gray color, at $679 at both Amazon and Walmart. If you prefer the 64GB, Amazon has it down to $570, which is $29 less than at Apple.

The latest generation iPad Air is packed full of cutting-edge hardware and specs that have it “mostly caught back up” to the pricier iPad Pro, according to CNET’s Scott Stein, who gave it a glowing review. The M1 chip has an eight-core CPU and GPU, meaning it can handle even high-strain apps like Adobe Photoshop. And the stunning 10.9-inch Liquid Retina display with True Tone and P3 Wide Color make it a great choice for creators and artists. It’s also equipped with a 12-megapixel camera that automatically keeps you centered on video calls, and Wi-Fi 6 support for lightning-fast web performance (if you have a compatible router).

On a single charge, it has a battery life of up to 10 hours, and features a USB-C charger, as opposed to the Lightning cable found on other models. You can save $30 compared to the price from Apple directly on certain colors and configurations, but $70 off the 256GB space gray model is the biggest discount we’ve seen since the preorder offers, and the best deal you’ll find out there at the moment.

Looking for a different iPad? Be sure to check out all the best iPad deals now.