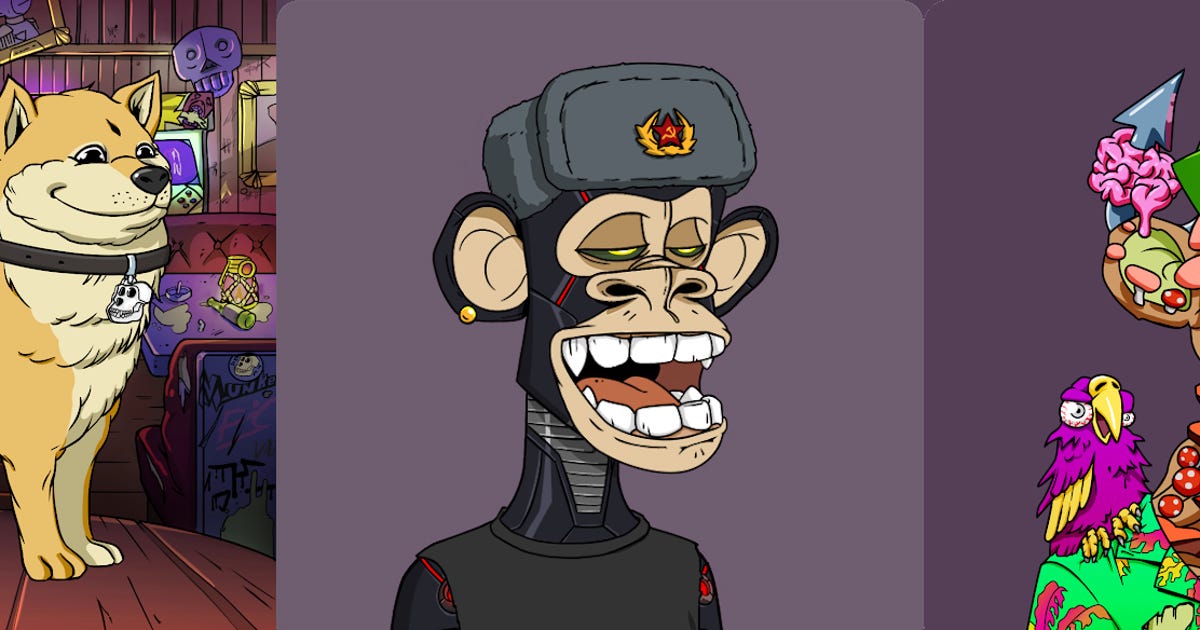 Another day, another Bored Ape Yacht Club heist. On Monday a hacker got into the popular NFT brand’s Instagram account and posted a link to a supposed airdrop, which would give existing Bored Ape holders a free allotment of land in the upcoming Otherside metaverse. But the link included in the post was a phising scam. People who opened it and connected their crypto wallet had their Bored Ape Yacht Club NFTs stolen.

The scammer walked away with a huge haul. In total, according to one of Bored Ape’s creators, four Bored Ape Yacht Club, six Mutant Ape Yacht Club and three Bored Ape Kennel Club NFTs were stolen in the scam. The scam didn’t just affect BAYC NFTs: One user also lost their Clone X NFT, worth roughly $54,000.

Bored Ape Yacht Club is the original NFT collection created by Yuga Labs last April, and right now each goes for a minimum of $430,000 (145 ether). Bored Ape Kennel Club is a set of dogs that, in BAYC canon, are pets owned by the Bored Apes. These were free airdrops to Bored Ape holders last June, and now go for a minimum of $42,000 (14 ether). Finally, the Mutant Ape Yacht Club collection launched last August — again, a free drop to all existing BAYC holders — and now have a floor price of $117,000 (39 ether).

So no matter your feelings on the longterm sustainability of the NFT bubble, the haul is today worth a huge sum: $2.57 million. OpenSea, the biggest NFT marketplace, has put a “suspicious activity” label on the stolen goods, but no one can actually stop the NFTs from being sold. The hacker has already offloaded several on LooksRare, another NFT marketplace.

The four Bored Ape Yacht Club NFTs alone were sold for a total of $1.6 million (540 ether).

The history of the Bored Ape Yacht Club, and the many free gifts given to owners, illustrates in part why scams in the NFT space can be successful. In real life, the prospect of being given an asset worth hundreds of thousands of dollars is an obvious red flag. In NFT world, it’s not all that unusual. For Bored Ape holders, it’s par for the course. Just last month all Bored Ape holders got an airdrop of Ape Coin, Yuga Labs’ new cryptocurrency, that was worth just over $100,000 at the time. (It’s since doubled in price.)

“For now I would like to stress that 2FA was enabled on the account,” tweeted Gargamel, one of Yuga Labs’ founders. “The security practices surrounding the IG account were tight on Yuga’s end. Nothing important will ever get posted on Instagram again.”